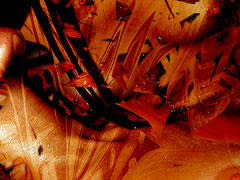 Today we have the final album by The Jonny Cats. It was recorded in the waning days of the cowboy lounge just as the band's dedication to all things self-destructive began to take over and tore the band apart. Copies of the album have circulated hand-to-hand among friends of the band, but it has never had an official release. To my ears this is a more distinctive album than Burrrns Rubber with a clear connection to traditions in American roots music that recognizes punk rock's place as roots music. So, grab your best girl or guy, hop in the convertible Caddy, turn this one up loud, and hit the road...but be sure to hold on to your hat.

Hey Icastico!
I'm visiting ur blog, and i loved many songs that u posted,
thnx for visit my place
you always will be welcome!

Really like this. Thanx for the pointer. Don't be surprised to see some of this posted on Punks On Postcards one of these days (with a link to your blog obviously). Excellent stuff.

Thanks for the props...spread the word.

"that recognizes punk rock's place as roots music"... and that´s exactly what it´s getting to be. Great blog. Keep the fight.

Show 10 Show All
This blog mainly shares music that I have been directly involved in creating over the last 4 decades. If you played on one of these tracks and haven't heard from me...drop me a line in the comments and let me know how you are doing.

From time to time I'll also drop suggestions for other DIY musicians I run across that I think you'd enjoy.