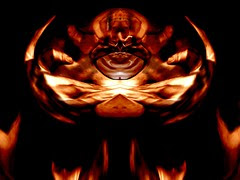 Wil Gira was a band Keif put together in the final years of Waltz Bop Shop. This is a recording of a show that I recorded for them at a house party they played with WBS (see last post for a WBS song from that party).


Tracklist:
1)Fellini Circus
2)Herpetology
3)In the Dancing Cage
4)Next

Jeff G is also featured below in DJJ. He tells me that this is the only recorded version of In the Dancing Cage. Available in WAV, FLAC,Ogg Vorbis, MP3. Enjoy.
From icastico at 11:00 AM 3 comments: 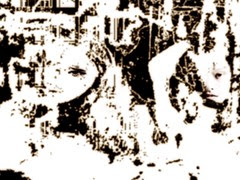 Today we have the final two tracks that will be posted from Waltz Bop Shop (although there is a concert on video tape that I might take the time to digitize at some point). The first song, And Melting was recorded at a house party in my living room (stay tuned for more from Wil Gira, who also played). The other is an A Capella version of Name Dropping At Angela's that Jenette recorded at my house in the mountains after Waltz Bop Shop had broken up. The spoken word piece overdubbed onto And Melting was recorded on the same day and is a reading of an excerpt from a short story I published in the mid 90's.