Dave posted this over at the internet archive...
Thanks Dave.

This broadcast on community cable.
AIDS Benefit show on October 5th 1991
Shot and edited by
Keif (from Waltz Bop Shop)
and Jon (from Jonny Cats).
Show put together by the future Mr. Vague
(who is also in Dirt Communion- available on bandcamp). 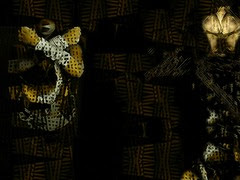 I have been in a lot of loud bands. Although it is not readily apparent from the recordings the band put out, Choke was easily the loudest. In the last post on the band, I noted that there were some tracks missing from the Gauze/Total Reverence cassettes due to my copies being destroyed. Well, I have tracked down a DAT that includes some demos we sent to my brother prior to the recording session for the eponymous e.p. It contained rough mixes of the missing tracks. These all ended up on the e.p., but these 4-track versions give a better sense of what Choke was like as a live band. I have also added a straight to ghetto-blaster track that I like - a catchy little punk-ish diddy [update: Grant tells me it is called "Pine-Sol"]. To me, Choke wears its influences on its sleeve with these cuts- equal parts Stone Roses, Cocteau Twins, Big Black and Ritual Tension. But I am hardly an objective listener. Anyway, here they are (flac, ogg vorbis, MP3). Enjoy. 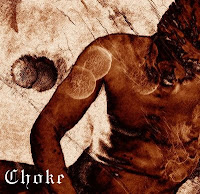 From icastico at 9:00 AM No comments: 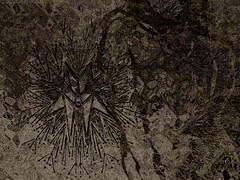 Of all the music I have posted here at Pen & Mallet, the two ¡para!helion releases are the ones that I personally listen to the most often. I have always chalked that up to the fact that ¡para!helion's music was all improvised. None of the overlearning under a critical ear that goes into creating and perfecting composed songs goes into the creation of improvised music, so, for me, it feels easier to listen to the songs as music, rather than as a product of my ego. In other words, it's easier to let go and hear the songs as songs without being critical of my own performance or wishing I had one more take to move the song closer to the ideal version that I carry around in my head.

Of course, ¡para!helion has been duking it out with Waltz Bop Shop for the most downloaded music at Pen & Mallet, so maybe I like them 'cuz they're good records. Hard to tell.

Anyway, today we have 6 never released songs taken from the Midaq Alley and 3 Miles from Mecca sessions. At the time we put those two releases together, these didn't make the cut primarily due to non-musical issues like less-than-ideal microphone placement, or minor equipment failures. After 10 years not hearing these, I don't find that those issues hurt these tracks much at all, so I thought I would share them.

Several of these tracks include additional players beyond the trio including ¡para!helion's original drummer, Chris (iirc) and a gang of percussionist he brought over for one or two of our night recording sessions. Track's one and two come from the very last ¡para!helion session, with Ghazna being the last song we ever recorded.

All files are available in lossless Flac, Ogg Vorbis as well as Mp3 from the internet archive. 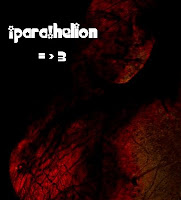