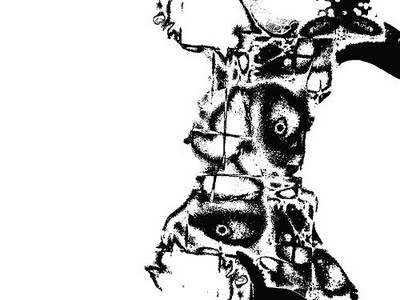 Back in the 80's I was a founding member of Splayfeet. I came up with the name and pretended that I would be able to play bass and guitar. They wisely kicked me out after the 2nd rehearsal and then became one of my favorite bands. This is a video of a concert at the same venue, The Corbett Center Pit, where A.O.S. was playing in this video. The band name and the bass line from the second track are the only evidence of my involvement in the project. Splayfeet features Mark Earnest (of Dirt Communion, Mr. Vague, The Young Pros), David Liso (from Choke), Rodney Cupp (of Waltz Bop Shop, Cranky), and Jon Nicholls. Also, watch for Dave Chavez from The Jonny Cats and his bitchin' pimp hat taking care of sound. Thanks to David Liso for posting this over at the internet archive(click on the link if the embedded player doesn't work...it's been acting kinda wonky).