The number of reviews to asynchronic has reached a point that I thought it was worth a post to acknowledge the positive support the album has received so far. I have been updating these on the original post, but thought I could highlight them here.

The first review of asynchronic was posted over at My Little Bubble. Check it out and then have a look around one of my favorite blogs.

This was quickly followed by a nice comment and link over at YoungMossTongue - the man behind DUSTdevils ... check out his latest, "DUSTdevil & Crow". It is great stuff (this also has led to a collaboration, now in the works).

Dogs Can Read Your Mind posted links to both aboombong albums including them alongside a load of other DIY artists you should check out.

Fellow DIY musician deadwhitehorse posted a very nice review on his blog geometria innamorata...check out his music while you are there (or at his new blog).

This was followed by very enthusiastic review at post-rock mecca TheSirenSound, posting on Make Noise!, Dayvan Zombear, and positive and raucous review over at Hate R'n'B.

Jason from the Free Music Archive then added asynchronic to the FMA and has included it on his radio show. This was followed by another nice review over at the brand spanking new blog Hype Light.

Leading up to today for the first local coverage in Seattle on The Stranger's music blog, Line-Out.

If you haven't had a chance yet, check out asynchronic on bandcamp, where it is available in Flac, MP3, and just about any other digital format you might prefer (set your own price).

Truly much more of a response than I expected.

Update: now also reviewed at the mighty Snap Crackle & Pop...alongside some of the best music on the web. Also featured at Hot On The Heels of Love. Ran across a very nice review of asynchronic over at Shot By Both Sides , looks like a good place to find new music.
From icastico at 2:58 PM 6 comments:

State of the iPod

As a firm believer in the wisdom of the random shuffle on my iPod, I thought I would share with you the background music it selected for tonight's State of the Union address. There was no cheating...I just hit play.

The Malinga 5 was particularly well timed with an almost Gil Scott Heron vibe...and I can't believe it opened with that track off of that particular Tony Allen album. Actually, the song titles work pretty well for his main points throughout now that I look back.
Note: Keeping with blog policy, since I didn't have a hand in recording any of these, I am not posting the mp3's... just the titles. You can always use this as an excuse to explore older posts. There's plenty to hear around here.

While I am updating, I (again) want to send out a thanks for all the positive responses I have been getting for aboombong, asynchronic. It is only through your positive word of mouth that a no-budget project like this can hope to find its audience. Keep spreading the word.

I should have a solution to the broken cassette deck soon, so I will be posting some of the oldest tapes yet in the coming weeks....sort of the roots of aboombong.
From icastico at 7:21 PM No comments:

Email ThisBlogThis!Share to TwitterShare to FacebookShare to Pinterest
Labels: mix 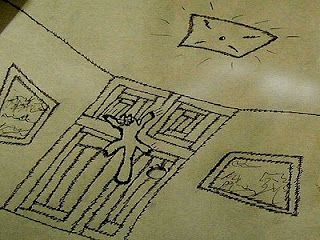 This is just a quick note to pass along some aboombong news. The response to the latest, asynchronic, has been really great. Keep spreading the word. Aboombong and Fez Dispenser are working on a remix project that will be out later this year on Skin & Barrel Music. And I am currently working with DUSTdevil & Crow on some tracks for their latest project. If you haven't heard their last one, check it out here. One-half of DUSTdevil & Crow, bendle, has just put his latest up on bandcamp for your listening pleasure...check it out below.

From icastico at 6:58 AM No comments:

Asynchronic has been selected for inclusion in the Free Music Archive (thanks Jason). I have set up a mix over at my profile page (you can embed the mix or create your own, easy as pie). Send me suggestions of good stuff and I'll add it.

Of course, the album is still available (set your own price) at bandcamp. I have been truly humbled by the positive response so far. 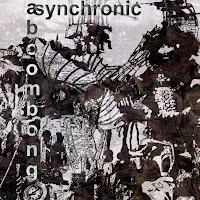 Trumpet on jericho by Dave Chapman (from ¡para!helion) is an outtake from the valis recording sessions.

This one was a blast to make.
A DIM* soundtrack to the no-budget films in my head.
Not sure what that says about my head, but I hope you enjoy the ride.

UPDATE (s): a very kind review of asynchronic is posted over at My Little Bubble. Check it out and then have a look around one of my favorite blogs. Also, posted with a nice comment over at YoungMossTongue - the man behind DUSTdevils ... check out his latest, it is great stuff. Also now featured over at Dogs Can Read Your Mind along with a load of other DIY artists you should check out. A very nice review from deadwhitehorse is now at geometria innamorata...check out his music while you are there (or at his new blog). Now available at Last.fm for those who use it. A very enthusiastic review now up at TheSirenSound...join the discussion. Also now posted at Make Noise! Go look around. Another nice review over at Hate R'n'B - along side a great mish-mash of underground culture. Jason just added asynchronic to the Free Music Archive. And aboombong has now officially hit the airwaves (and in the big apple nonetheless). Another nice review over at the brand spanking new blog Hype Light. Also now available on Altsounds drop by and vote for aboombong. A new review now out on Seattle's The Stranger's music blog. Now also reviewed at the mighty Snap Crackle & Pop...alongside some of the best music on the web. Also featured at Hot On The Heels of Love. Ran across a very nice review of asynchronic over at Shot By Both Sides , looks like a good place to find new music. And Babelfish tells me this review is positive and eloquent. Also at Kalachakra with some nice comments, and asynchronic has even crept into the political discourse at analytic analeptic, if you haven't heard it yet, you should check out this political pundits music. If for some reason you don't want to get it direct from me (set your own price), asynchronic is now available through Napster, Songorilla, iTunes, Amazon, and will be showing up in your favorite download store soon....