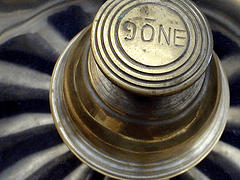 The Sextants are perhaps the most successful group to emerge out of the music scene that flourished in Las Cruces, New Mexico in the mid 1980's. Like a.o.s. and The Young Pros, The Sextants emerged out of a scene full of talented folks both younger and older that shared members and ideas in groups that sometimes only lived long enough to explore an idea or to play a single show. Bugs Romeo/Salcido was a troubled troubadour that was a mentor for many of the younger members of that scene. I played with him and Elaine Walker in a project with Grant Garner who would later play in Choke. Bugs was charming and charismatic and went on to make music that made a lot of people happy. The Sextants reformed to record this song in tribute.

From the bandcamp link: "Bugs Salcido was a friend, supporter and influence on all of us in The Sextants. He passed away on September 10th, 2014. This song that he wrote is our tribute to him. You may download it for free or pay whatever you choose. Any money collected will be passed on to his family. "

Enjoy. Bugs would want you to.

From icastico at 8:56 PM No comments: