Ya'll probably remember my post about Madrotter awhile back. Well, he's got a new one out. MADROTTER and rapper/producer SWERTE have been working on this album for a few years. All the tracks were made by MADROTTER and all the raps are done by SWERTE who is a Swiss/Indonesian living and working in Dubai. 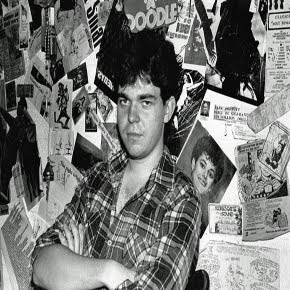 25 years ago The Young Pros. did a cover of the A.O.S. song 667. The Young Pros were the band that launched the career of one of America's best kept secrets, Mark Earnest. Readers here at Pen & Mallet have met Mark before through his work with Dirt Communion, but Mark has had a long and active career fronting a variety of great bands and since 2003 has really come into his own releasing solo albums well deserving of their critical acclaim (available from the indie labels Slothrop and Unsmashable as "Mister Vague"). If you don't believe me, ask Alan Sparkhawk of Low who recorded and co-produced the album “Allergic To Everything” in 2007.

Today we have a special treat. Mark is just about due to release a new album called Beautiful Somewhere on Unsmashable Records (look for it in mid-April) and he has included his version of the A.O.S. song "Katchina," a song that has been part of his live set forever. I have put together a special Pen & Mallet ep. release that includes Mark's version of Katchina, as well as that The Young Pros. version of 667 from 25 years ago. It is hosted by the great Free Music Archive. Check it out.

Beautiful Somewhere features a great line up of collaborators including members of the Reno bands Cranium, Blunderbusst and Nancy Plays Nurse, as well as Mister Vague alumnus Marcus Mayhall. Mark will be collaborating with aboombong on a new release in the next year for something that should be quite different for both artists. Stay tuned.

You can hear more of Mark's music at Reverbnation: http://www.reverbnation.com/markearnest

Here is a video of Mark doing Katchina at a recent gig.