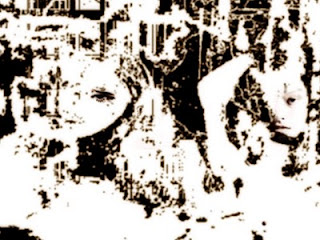 Lots going on from the Las Cruces alumni this month.

First up is The Sisters Doom from Vague Choir leader Mark Earnest. Roots metal hitting all the right notes. Just straight up, balls out, rock. Buy it.  Next up two from Dynamo Stairs spanning 30 years of creativity. David Liso of Choke has been releasing music as Dynamo Stairs for 30 years. This month he has released new music and a great historical re-issue of his first release. This one includes unreleased tracks from 30 years ago and a pristine re-mastering of the original cassette release from 1988. And, impossible to ignore is a new plead for sanity from Dynamo Stairs with new songs in a well-practiced mode, Seasoned. Check it.
From icastico at 11:30 PM